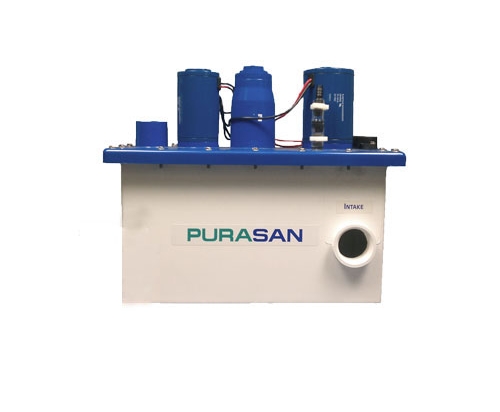 The Purasan EX was originally developed for the freshwater lakes in Kentucky as an alternative to the Lectra/San.

This Type I Marine Sanitation Device (MSD) has become increasingly popular with many users in both salt and freshwater. Raritan believes that treating a single flush at the source and discharging into tidal water is far more effective than risking having a holding tank dumped overboard when a pump out cannot be found or is not functioning. Each user has unique needs when boating and for many a holding tank may be the best solution while some prefer to treat and discharge. There are a few things to consider when choosing a Type I MSD.

While Treatment is required inside the three-mile limit there are areas that prohibit discharge from Marine Sanitation Device. The areas that do not allow discharge of any type are called No Discharge Zones and these zones are specific, at this time, to treated black water only. So, any vessel operator or owner should consider the amount of time spent cruising, the areas in which they will be cruising and the availability of pumpouts. A holding tank should never be discharged overboard.

The tablets used are very similar to the mixture used in commercial waste water treatment plants. When the toilet flushes a small amount of water is run over the tablets to create a disinfectant that drains into the tank and a high-speed macerator inside the tank breaks down waste and ensures that the disinfectant comes in contact with the waste.  This system does require the user to buy tablets to keep the system functioning properly. While the original Purasan remained largely unchanged for a long time the newest version the Purasan EX has added a control that will notify the user when tablets need to be added.

Another improvement in the Purasan EX over the original design is the addition of an air pump that forces the water down into the treatment tank. This makes mounting of the system easier and prevents the tablets from disintegrating too fast. While it was originally designed for just freshwater use and for use with specific toilets it can now be used with almost any marine toilet. The only freshwater required is the water that passes over the tablets.

However, toilets can flush with either salt or freshwater. 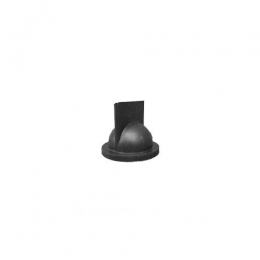 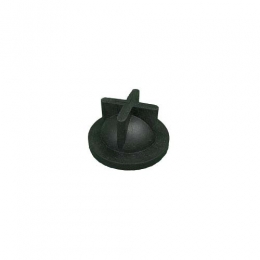